Y: The Last Man is an upcoming American drama television series that will premiere on FX on Hulu on September 13, 2021, starring Diane Lane, Ben Schnetzer, Olivia Thirlby, and Ashley Romans. It is based on the Brian K. Vaughan and Pia Guerra comic book series Y: The Last Man. After Michael Green and Aida Mashaka Croal left the project, Eliza Clark has taken over as showrunner.

Y: The Last Man is set in a post-apocalyptic world where a mysterious cataclysmic event killed every animal with a Y chromosome at the same time, except for Yorick Brown (Ben Schnetzer) and his pet monkey Ampersand. The story follows Yorick as he travels around the new globe, as survivors grapple with their losses and try to rebuild world civilization, lead by Yorick’s mother, Jennifer Brown, the new US President (Diane Lane).

FX announced on October 14, 2015 that it had began development on a television series based on Brian K. Vaughan and Pia Guerra’s Y: The Last Man comic book series. Along with Nina Jacobson and Brad Simpson, Vaughan was slated to produce. Color Force and FX Productions were supposed to be involved with the series’ production.

On November 14, 2016, it was revealed that Michael Green, in addition to creating a pilot script with Vaughan, will act as showrunner for the possible series. FX was expected to get the screenplay in the following two months, according to a report on January 12, 2017. On May 31, 2017, it was revealed that Green was the only author of the script, which Vaughan read and approved. On July 21, 2017, FX announced that they had received a draft of Green’s screenplay, that they liked it, and that talks about a possible series were underway. During the annual Television Critics Association winter press tour on January 16, 2018, FX CEO John Landgraf remarked on the series’ status, saying, “[We are] cautiously hopeful, but not yet ready to make a definitive decision. However, we recently received a script that I really like and a draft that we really like.” Following his departure from American Gods, Landgraf went on to say that Green was now available for the series.

FX announced on April 5, 2018 that the project has received a pilot order. Green and Aida Mashaka Croal were slated to co-showrun the series, and they were also set to executive produce alongside Melina Matsoukas, Jacobson, Simpson, and Vaughan. The pilot episode was also set to be directed by Matsoukas. The production was awarded a series order for a first season on February 4, 2019, at the Television Critics Association’s annual winter press tour, and is set to air in 2020.

Green and Croal left the series in April 2019 owing to creative disagreements. In June 2019, it was revealed that Eliza Clark will take over as showrunner from Croal and Green. Clark, Nina Jacobson, and Brad Simpson of Color Force, as well as Vaughan, were announced as executive producers in February 2020. Matsoukas and Mari Jo Winkler-Ioffreda both act as executive producers. Producer Nellie Reed is on board. The title of the show was changed from Y to Y: The Last Man in May 2020. The series will launch on Hulu instead of FX’s linear cable network on June 22, 2020, according to FX. In October 2020, it was revealed that Eliza Clark, in addition to serving as showrunner, would also write the first two episodes, which would be directed by Louise Friedberg. FX also said that the first season would be helmed entirely by women. On September 13, 2021, the series is set to premiere.

Diane Lane, Barry Keoghan, Imogen Poots, Lashana Lynch, Juliana Canfield, Marin Ireland, Amber Tamblyn, and Timothy Hutton were revealed as the primary cast members of the pilot in July 2018. In February 2020, it was revealed that Keoghan would no longer play Yorick and that a new actor would be cast in his place. Ben Schnetzer was cast in the part of Yorick later that month. Elliot Fletcher was cast as Sam Jordan, Yorick’s best buddy, in the series regular role of Sam Jordan in March 2020. Ashley Romans and Olivia Thirlby joined the cast in October 2020, taking over for Lynch and Poots as Agent 355 and Hero Brown, respectively. Due to series reorganization, Hutton would no longer be a part of the cast list, and his position would be filled by Paul Gross. Later, it was revealed that Diana Bang had been cast in the role of Doctor Allison Mann.

Pearl River, New York, was apparently used as a filming site. The series’ production was set to begin in April 2020, according to a February 2020 announcement. However, owing to the COVID-19 epidemic, manufacturing was halted. The series’ filming began on October 26, 2020, in Mississauga, Canada, and ended on July 23, 2021.

Where can I watch Y: The Last Man? 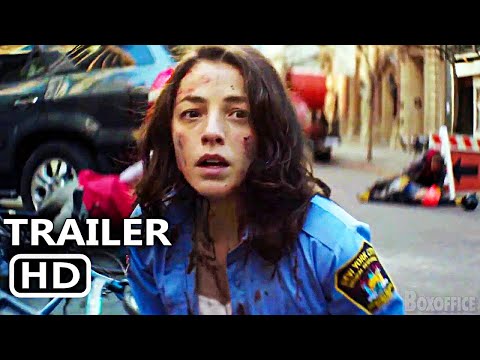 Mike Flanagan’s Midnight Mass is a forthcoming American supernatural horror streaming television series for Netflix, which he developed and…

Dexter: New Blood is a new American crime drama mystery miniseries that will be broadcast on November 7, 2021….