Nintendo was hesitant to license its intellectual properties for film adaptations after the critical and commercial failure of the 1993 film. Shigeru Miyamoto became interested in creating another Mario film when Nintendo was bringing its older games to the Virtual Console service, and he met Illumination founder Chris Meledandri through Nintendo’s work with Universal Parks & Resorts to create Mario-themed attractions. By 2016, the two were discussing a Mario film, and in January 2018, Nintendo announced that it would be produced in collaboration with Illumination and Universal. By 2020, production had begun.

The movie will be released in the United States on April 7, 2023.

In February 2021, Mario voice actor Charles Martinet stated that reprising his role in the film would be a “marvelous thing,” and that if asked to voice Mario, “I’ll go in and play with great joy and happiness.” Sebastian Maniscalco revealed in August 2021 that he would be voicing Spike, Mario and Luigi’s boss in the game Wrecking Crew (1985).

Shigeru Miyamoto announced during a Nintendo Direct presentation in September 2021 that Chris Pratt, Anya Taylor-Joy, Charlie Day, Jack Black, Keegan-Michael Key, Seth Rogen, Kevin Michael Richardson, Fred Armisen, and Maniscalco would lead the voice cast, with Martinet appearing in “surprise cameos.” Longtime fans had mixed feelings about the announcement; while some welcomed the idea of celebrity actors voicing the characters, others questioned and criticized the choices, particularly Pratt as Mario rather than Martinet (who has voiced the character since 1992) or an Italian actor. Meledandri stated that Pratt would not be voicing Mario with a thick Italian accent, as Martinet has done in the past.

Plot details were kept hidden from the actors during recording, according to Day, who noted that he had to record his dialogue in a variety of ways before the directors chose the version they thought would be best suited for the scene.

Illumination Studios Paris, which has animated many of Illumination’s previous films, is animating the film in Paris, France. By September 2020, production would have begun.

Furukawa stated in May 2021 that if the Mario film is successful, Nintendo is interested in producing more animated films based on its IP. The following November, it was revealed that Illumination was working on a Donkey Kong spin-off film, with Rogen reprising his role. Charlie Day expressed interest in starring in a Luigi’s Mansion film in February 2022.

The film will be released by Universal Pictures on April 7, 2023, in the United States, followed by a release in Japan on April 28, having previously been scheduled for December 21, 2022. It will be available for viewing on Peacock 45 days later.

Is there going to be a new Super Mario movie?

Super Mario’s return to the big screen with his animated film GCI will no longer take place in the latter half of 2022, as Nintendo previously announced. Shigeru Miyamoto himself announced the decision to postpone production until 2023 in a brief message on social media.

The previously announced 2022 release date for Nintendo’s animated film based on Super Mario Bros. has been pushed back. Nintendo and Illumination have now announced that the Mario film will be released next spring instead.

Is the Mario movie finished?

The Mario film is now set to hit theaters in 2023, and its co-producer recently revealed that it is about 75% finished.

Will waluigi be in the Mario movie?

Sorry, horndogs, but it appears that Waluigi and Wario will not be appearing. Charles Martinet, the original voice actor for Mario, Luigi, Waluigi, and Wario, will appear in the film. Yes, and he’s not even playing Mario.

How old is Luigi?

What is Mario’s last name?

Is Yoshi in the Mario Movie?

In the Super Mario Bros. film, Yoshi is President Koopa’s much-abused pet dinosaur. Unlike most Dinohattan residents, he retained his original reptilian form. 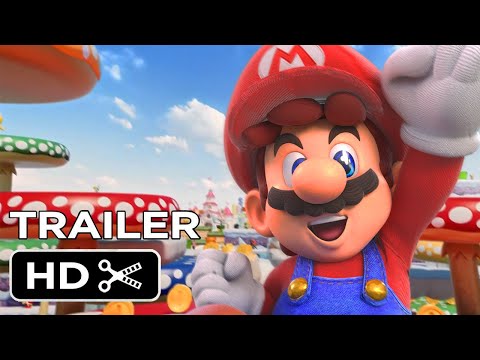 The Oscars are probably the biggest movie event in terms of awards ceremony. If we talk about the Oscars…

Marry Me is an upcoming American romantic comedy film directed by Kat Coiro and written by John Rogers, Tami…