Next year we’ll see The Suicide Squad star Margot Robbie as Barbie. A first picture gives us a foretaste of the film.

In recent years, live-action film and series projects have been announced for a number of well-known toy brands. In addition to Power Rangers and Masters of the Universe, which have already received some implementations, board games such as Monopoly and Risk are also to be adapted. Almost less crazy is the upcoming Barbie live action film, which impresses with a huge cast of stars.

In addition to Robbie and Gosling, the film also features a number of other stars you certainly wouldn’t expect to see in a Barbie film: Simu Liu (“Shang-Chi and the Legend of the Ten Rings”), Will Ferrell (“Anchorman ‘), Emma Mackery (‘Sex Education’), Alexandra Shipp (‘tick, tick… Boom!’) and Michael Cera (‘Scott Pilgrim vs. the World’) to name a few.

The Barbie film also comes from Greta Gerwig, who has already been nominated for three Oscars with Ladybird and Little Women. So viewers can rest assured that Barbie’s live-action adventure will also have a feminist approach. The screenplay was penned by Gerwig and Noah Baumbach, who was most recently able to inspire with Marriage Story. Anyone who would have bet on such a combination of talent for a Barbie film would certainly be a lot richer by now. Together with the first official picture, the theatrical release of Barbie was also revealed: The film will start in the USA on July 21, 2023. In addition to Barbie, adaptations from other Mattel brands are to come, including Hot Wheels, Polly Pocke,t and Magic 8 Ball.

Will We See The Suicide Squad Star Margot Robbie as Barbie?

Yes, definitely we will! It is expected that the movie will be released in 2023, and we will see The Suicide Squad star Margot Robbie as Barbie! 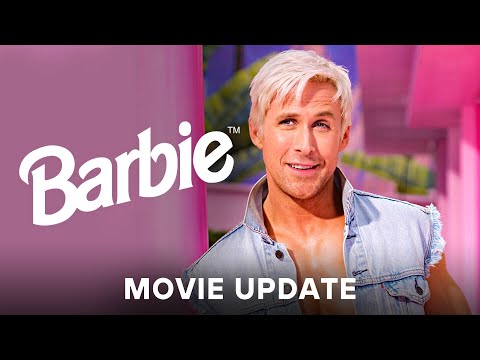