Based on Ian McGuire’s novel of the same name, The North Water is a BBC Two five-part television series. On July 15, 2021, the series aired on AMC+.

“Henry Drax, a harpooner and brutal killer whose amorality has been molded to match the severity of his environment, will set sail on a whaling voyage to the Arctic alongside Patrick Sumner, a disgraced ex-army physician who signs up as the ship’s doctor, in the drama. Sumner embarks on an ill-fated voyage with a homicidal maniac in the hopes of escaping the horrors of his past. His narrative becomes a hard fight for life in the Arctic wastes as he seeks forgiveness.”

The series was initially conceived in late 2016.

Colin Farrell was cast to play the lead role in the miniseries in February 2019. In April, Jack O’Connell was added to the roster. Additional cast members include Stephen Graham, Tom Courtenay, and Peter Mullan. Filming for the drama began in Hungary and on the Norwegian archipelago of Svalbard (Spitzbergen) in October 2019, with the production crew traveling as far north as 81 degrees to shoot pack ice sequences, which is said to be the furthest north any television drama has ever been shot.

Due to the COVID-19 epidemic in March 2020, the shooting had to be halted just as it was about to end.

The remaining four days of filming were finished at a studio in the United Kingdom at a later date. In July of 2021, it aired.

Tim Hecker, a Canadian composer, and sound artist was confirmed as the show’s composer in May 2019.

Critics have given The North Water good reviews. The series has an approval rating of 88 percent on Rotten Tomatoes, based on 8 critic reviews with an average rating of 7.5/10. It has a Metacritic score of 71 out of 100, signifying “generally good reviews” based on 6 critics.

Is The North Water based on a true story?

Is the tale of the North Water based on a genuine event? The plot of Ian McGuire’s 2016 novel is not based on actual events. McGuire pulled it together after conducting a considerable study into what life was like aboard a whaling ship.

What channel is The North Water on?

How many episodes are in The North Water?

The series will consist of five episodes, each clocking in at just under 60 minutes in length, with the dramatic climax set for Friday, October 8th.

What year does The North Water take place?

The series begins in 1859 with the crew of a whaling ship preparing for a voyage to the cold waters between Greenland and Canada in quest of pelts and fat. It’s a dying business, and the Volunteer, commanded by Captain Brownlee (Stephen Graham), is setting sail with a hidden agenda.

Where is North Water filmed?

Where does The North Water take place? The majority of the filming took place in the Arctic, in the icy waters north of Norway’s Svalbard Archipelago. The actors and crew are believed to have traveled as far north as 81 degrees north to film all of the series’ interior sequences — the furthest north a drama series has ever gone.

What is the movie North Water about?

Patrick Sumner, a disgraced ex-army surgeon, takes up as ship’s doctor on a whaling voyage to the Arctic in The North Water. He encounters Henry Drax, the harpooner, on board, a brutal murderer whose amorality has been molded to match the severity of his life. 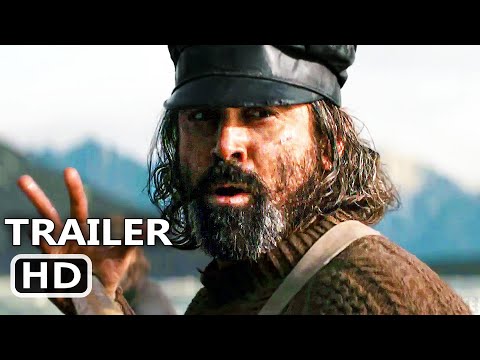 Hey there! Today, we will mention The Closer Cast and Final Season, so if you wonder about The Closer…

The Wheel of Time is a new American epic fantasy television series that will debut on Amazon Prime Video….

Rings of Power vs House of the Dragon.? In just a few weeks, the great duel of the fantasy…