Ms. Marvel is a planned American television miniseries based on the Marvel Comics character Kamala Khan / Ms. Marvel, produced by Bisha K. Ali for the streaming service Disney+. It is supposed to be the sixth television series in Marvel Studios’ Marvel Cinematic Universe, sharing continuity with the franchise’s films. Adil El Arbi and Bilall Fallah lead the directorial team, with Ali serving as the chief writer.

Iman Vellani plays Kamala Khan / Ms. Marvel, and the film also stars Saagar Shaikh, Aramis Knight, Matt Lintz, Zenobia Shroff, and Mohan Kapur. In August 2019, Ali’s involvement in the series was revealed. Vellani was cast in September 2020, with directors El Arbi and Fallah, Sharmeen Obaid-Chinoy, and Meera Menon. Filming began in early November 2020 in Atlanta, Georgia, and New Jersey, and will be completed in Thailand in May 2021.

Ms. Marvel is set to air in 2022 and will be comprised of six episodes. It will be included in the MCU’s Phase Four. The series will act as a prelude to the film The Marvels (2023), in which Vellani, along with other cast members, will reprise her role as Khan.

In September 2020, newbie Iman Vellani was cast in the starring role of Khan, while set photos in November indicated Matt Lintz had been cast in the series. That December, Marvel confirmed Lintz had been cast as Bruno Carrelli, alongside Aramis Knight as Kareem / Red Dagger, Saagar Shaikh as Amir Khan, Rish Shah as Kamran, the series’ male lead, Zenobia Shroff as Muneeba Khan, Mohan Kapur as Yusuf Khan, and Yasmeen Fletcher, Laith Nakli, Azhar Usman, Travina Springer, and Nimra Bucha all in undisclosed roles.

The series was directed by El Arbi and Fallah, Obaid-Chinoy, and Menon. Filming began at Trilith Studios in Atlanta, Georgia, in early November 2020, with Carmen Cabana serving as cinematographer. Jersey was the working title for the series while it was filmed. El Arbi and Fallah’s episodes ended on March 5, 2021. From March until early April, secondary filming took place in Hudson County, New Jersey. In late April and early May, Vellani and Shah continued to film scenes in Atlanta.

By March 23, Obaid-Chinoy had begun filming the fourth and fifth episodes in Thailand, in Bangkok and at The Studio Park facilities, with Jules O’Loughlin serving as cinematographer. Ms. Marvel was able to acquire a dispensation from the Thai government to continue filming in the nation throughout April and May 2021 due to the series’ stringent COVID regulations, despite new limitations imposed in April 2021 that suspended other film and television projects. The 450-person cast and crew were divided into three bubbles so that production could continue if a positive test was found in one of the bubbles. The series’ filming wrapped in Thailand in early May 2021.

Ms. Marvel will premiere on Disney+ in 2022 and will consist of six episodes. It was previously expected to debut in late 2021, but following the announcement of Hawkeye premiering in late November 2021, Aaron Couch of The Hollywood Reporter stated that it was “unclear” if Ms. Marvel would still release in 2021, given Hawkeye would still be releasing into December and it was “unlikely” that two Marvel Studios series would release at the same time. Matt Webb Mitovich of TVLine predicted in August 2021 that Ms. Marvel would premiere in early 2022, and the move was confirmed the following month. Ms. Marvel will appear in the MCU’s Phase Four. 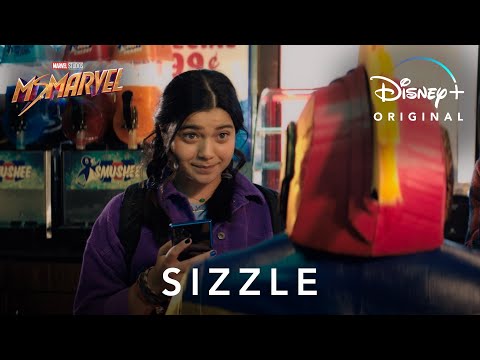 The Chair is a streaming comedy-drama television series from the United States. On August 20, 2021, Netflix released the…