With only a few days left until the premiere of the first season of She-Hulk: Attorney at Law on Disney+, Marvel Studios is killing the marketing for the series. A new clip shows She-Hulk in a “paid advertisement” for the company after Tatiana Maslany’s She-Hulk (Tatiana Maslany) number was unexpectedly revealed on a poster at San Diego Comic-Con last month. Fans can hear Walters recording a message for the superhero division of her law firm GLK&H in the clip.

In the phony advertisement, Walters urges you “not to get angry,” but rather to “get a lawyer,” while showcasing episodes of the program as a way to advertise the fictitious law firm. The humorous and clever commercial ends with Walters assuring viewers, “I go green, so you can get green,” and adding, “that… that means money!” Even though we know from the trailers that Walters prefers her lawyer side to her superhero one, the clip perfectly captures her trepidation and coming to terms with having transformed into a huge green Hulk.

As the head of GLK&H’s superhuman law division, Jennifer Walters will be balancing her roles as a superhero and a lawyer in the series, which has been dubbed the MCU’s first courtroom drama. Her client Emil Blonsky, aka Abomination (Tim Roth), with whom she undoubtedly has a conflict of interest because he almost killed her cousin Bruce Banner (Mark Ruffalo), the original Hulk, was revealed in earlier trailers. She-Hulk will also likely appear alongside Abomination and Sorcerer Supreme Wong (Benedict Wong), who should help She-Hulk understand the bigger picture by connecting her to other MCU superheroes.

Along with Josh Segarra and Jon Bass, the series also features Ginger Gonzaga as Walters’ best friend Nikki, Renee Elise Goldsberry as Amelia, and Jameela Jamil as Tatiana the antagonist. Jessica Gao, a veteran of Rick and Morty, is the showrunner and writer for She-Hulk. Kat Coiro will direct six of the nine-part series’ episodes, with Anu Valia in charge of the other three.

Disney+ will release She-Hulk on August 18. See below for Jenn’s law firm’s advertisement: 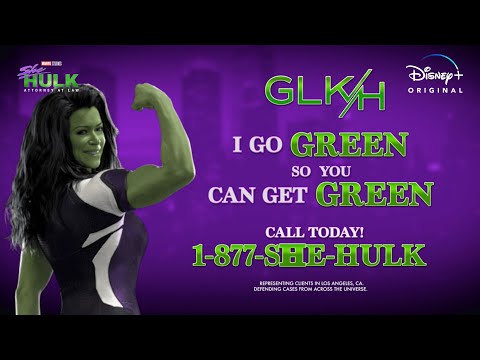 Between the premieres of February 10, 2023 we will meet some movies and series very interesting and expected by…

Hey there! Today, we will mention The Closer Cast and Final Season, so if you wonder about The Closer…