The “Game of Thrones” world is growing with a prequel on HBO Max. But how long will it last? We asked the series’ showrunner. (He did not know.)

The TV phenomenon “Game of Thrones” went to the grave after eight seasons, and its popularity grew year by year – although the last episodes left many fans disappointed.

With a prequel series around the corner (and only a single book as a publisher), one can of course wonder how long we are supposed to enjoy “House of the Dragon” on television? The intrigues of House Targaryen, 200 years before Daenerys was born, could be another long-runner – but so far, HBO Max has not even ordered a second season.

I asked the series’ showrunner Ryan Condal during a press conference in Amsterdam about how many seasons he thinks he needs to adapt George RR Martin’s “Fire & Blood”. The answer?

– As many as required. The challenge with “House of the Dragon” is… The book depicts part of a 300-year-old dynasty. The question that came up from the very beginning is one we will have to wrestle with at the end. The first debate we had with George was, where do you end the story? We have 200 years of history ahead of us. Where shall we end the chapter?

The challenge is to finish on top

“Game of Thrones” showrunners David Benioff and DB Weiss are not involved this time. Instead, Ryan Condal helms the ship alongside Miguel Sapochnik , a name “GOT” fans will recognize – he’s directed some of the greatest episodes of the original series. Back then, there wasn’t even a finished book series. Now Ryan Condal has an end in sight, but no ready answer as to how many years away it is:

– We have an idea, but we don’t know how far we need to go to tell the story we want to tell and do it justice, Condal tells MovieZine. 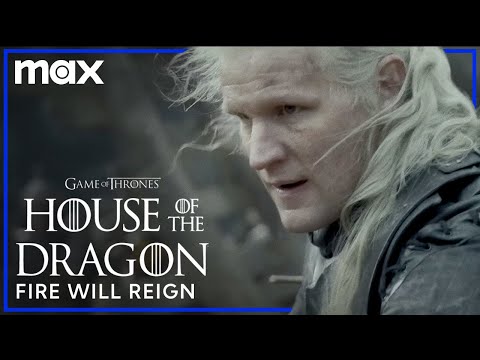 – The challenge with every TV series is to always end just before people get tired, he adds. It’s important to stop when you’re at your best and leave the audience with a better taste. But also to find a satisfying way to end the story. I can’t yet answer when that will be, not until we get further into the series.

“House of the Dragon” starts airing on Swedish HBO Max on Monday, August 22.

Dexter: New Blood is a new American crime drama mystery miniseries that will be broadcast on November 7, 2021….

If you’ve been closely monitoring spoilers and official Marvel announcements, you’ve probably seen some modifications to the She-Hulk: Lawyer…

We reached the month of February and with it also come the new releases from streaming platforms including Apple TV+, which…

After the broadcast of the first episode, HBO Max reveals the opening credits of the adaptation of The Last…