The iconic movie monsters finally faced off in Godzilla vs. Kong 2. However, their first fight was just the beginning as round 2 is upon us.

After building both Kaiju’s stories into their own films, Godzilla and King Kong finally met in the blockbuster Godzilla vs. Kong. Fans of the epic spectacle may be wondering how Godzilla vs. Kong 2 is doing. We have the answer.

Is Godzilla vs. Kong 2 Release Date Set Yet?

There are two whole years between Godzilla vs. Kong and Godzilla: King of the Monsters, the penultimate part of the franchise. Does that mean that the next part can be expected in 2023? The odds are very good indeed, as filming on the sequel is set to begin this summer in Australia. The first leading actor and the director for the sequel have already been found.

Godzilla vs. Kong 2: Star of the Film Found

In addition to the monsters that provide the main action of every Godzilla or King Kong film, real people are of course also cast in front of and behind the camera. Fans of the series can look forward to the return of Godzilla vs. Kong director Adam Wingard. Wingard, who is best known for his horror projects, will once again be directing the film and can look forward to working with a special actor.

Dan Stevens has been cast as the first human cast member for the Godzilla vs. Kong sequel. He and Adam Wingard previously worked together on the mystery thriller The Guest. The actor is known to the public from series such as Downton Abbey and Legion, but also from films such as Beauty and the Beast and I Am Your Human.

Godzilla vs. Kong 2 Brings Back Son of Kong

While rumors should always be treated with caution, it sounds like the second part of Godzilla vs. Kong is adapting the story of an older Monster film. Instead of an entirely new plot, it’s supposed to be a kind of remake of Son of Kong. In the 1933 film, the men who took King Kong to New York meet the Titan’s son on Skull Island. Most likely, the sequel would not follow the original too closely. Instead of Skull Island, the creators might want to explore Hollow Earth further.

In Godzilla vs. Kong you could already see that the giant gorilla is not the only monster of his kind. Ilene Andrews (Rebecca Hall) and Nathan Lind (Alexander Skarsgård) have both seen what an amazing world hides in Hollow Earth, will they return to explore further? Or would you like to bring Kong back to his own kind and accompany him once more into the seemingly endless hole? Hopefully, we’ll find out in the near future.

Since the first title mentions both monsters, the question naturally arises as to what the future holds for Godzilla. In the final scenes of the film, the lizard-like creature says goodbye back to the sea. Does he enjoy his retirement from now on or does Godzilla recharge his batteries for the next big fight? Will he and Kong team up against an enemy monster one more time? It remains to be seen. 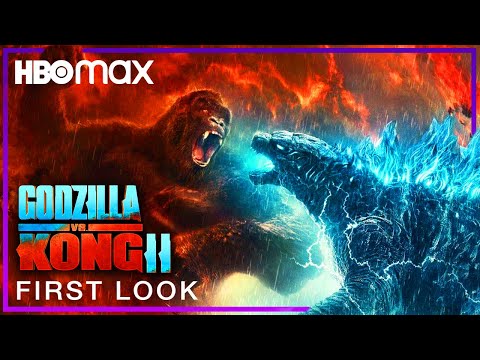