After the success of Dune, director Denis Villeneuve did not let the fans fidget for long. Dune 2 is slated for release in 2023. We reveal what awaits you.

It has long been a dream of director and screenwriter Denis Villeneuve to adapt Frank Herbert’s novel The Desert Planet for the big screen. In order to do justice to the complex material, he only agreed to direct Warner Bros. on one condition: he wanted to film the science fiction epic in two parts. After Dune was a complete success despite the pandemic (worldwide gross of over 393 million US dollars), Part 2 of the saga continues.

If you are already browsing through the calendar and want to save a date for Dune 2, you can relax a little longer. The sequel to Denis Villeneuve’s science fiction spectacle will be released in US cinemas on November 17, 2023 (via Deadline). In an interview with Empire, the director revealed that filming would begin towards the end of the summer. As Deadline has now confirmed, the starting signal was given in Italy at the beginning of July.

What happens in Dune 2?

Thanks to the novel, one can already largely guess what will happen in Dune 2, where Villeneuve starts the action in its sequel, but it remains to be seen. The talented director previously revealed he has big plans for the second installment and is already “more excited” than he was working on Dune. While he lovingly calls Part 1 an appetizer, Part 2 is the main course, which wants to focus even more on Zendaya’s character, Chani. But what should viewers expect from Dune 2…

The big fight is coming

After his fight with Jamis (Babs Olusanmokun, “Black Mirror”), Paul (Timothée Chalamet), and his mother, Lady Jessica (Rebecca Ferguson), are taken in by the Fremen. The Harkonnen threat remains, however, so they all prepare for battle. Thanks to Paul’s visions, the audience has already gotten a glimpse of what’s next in the story. Accordingly, Paul’s destiny will be fulfilled and he will go to war against the Harkonnen alongside the Fremen as Muad’Dib. But before that happens, he still has a lot to learn and Lady Jessica has new tasks ahead of her…

The fact that Paul won’t be an only child for long is already revealed in Dune. Anyone familiar with the history of the desert planet suspects that Paul’s sister Alia is hiding behind the offspring. She wields the full power of the Bene Gesserit from an early age. She later plays a major role in the fight against the Harkonnen and must therefore definitely appear in a possible sequel. However, there is a possibility that director and writer Denis Villeneuve will change several details of Frank Herbert’s novel. It remains to be seen in what form he will retell the rest of the novel.

Dune 2: Will the cast return?

The cast will probably be just as happy as Dune fans about the confirmation of Dune 2.

Fans can expect new faces alongside Timothée Chalamet, Zendaya, Rebecca Ferguson, and Josh Brolin, who will all return for Part 2. MCU star Florence Pugh will play Princess Irulan Corrino, daughter of Emperor Shaddam IV. Elvis actor Austin Butler was also cast. Viewers will catch him on screen as Feyd-Rautha Harkonnen. He is the Baron’s nephew and was played by singer Sting in David Lynch’s version. Emperor Shaddam IV has also been given a face: Oscar winner Christopher Walken will take on the role. Deadline has confirmed that James Bond star Léa Seydoux has landed the role of Lady Margot, a faithful servant of the Sisterhood.

Villeneuve is working on Dune spin-off

Denis Villeneuve has not yet finished with Frank Herbert’s fictional world, apart from Dune 2. The director is also planning a spin-off series for the US streaming service HBO Max. In “Dune: The Sisterhood” everything should revolve around the ominous organization of the Bene Gesserit (via Screenrant). In the feature film, Lady Jessica and Charlotte Rampling’s character Mohiam are introduced to the world of sisterhood. They have unique powers that Lady Jessica also passes on to her son Paul.

Denis Villeneuve has not yet revealed whether stars like Rebecca Ferguson or Charlotte Rampling will return as the Bene Gesserit. He will direct the first episode but will otherwise serve as executive producer. Diane Ademu-John, who has previously served as executive producer on hit series such as Haunted Bly Manor and Empire, will hold the showrunner position. It remains to be seen when the series will see the light of day.

You can find Dune 2 Release Dates below. Dune: Part Two will be released in 2023. 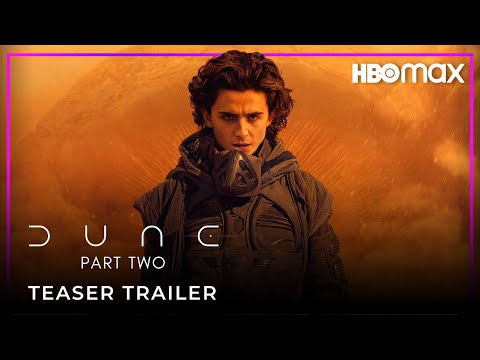 Legally Blonde 3 is a forthcoming comedy starring Reese Witherspoon. Metro-Goldwyn-Mayer will distribute the picture on May 20, 2022….

After winning (at least temporarily) his case against his ex-wife Amber Heard, Johnny Depp is gradually making his way…

smiley the smiley series Netflix is a series Spanish with an LGBT+ romance theme, from 2022. It is the…