On August 26, 2021, during the 2021 CinemaCon event in Los Angeles, the picture was unannouncedly screened.

It was originally set to premiere at the 2021 Toronto International Film Festival in September 2021, with a theatrical release in the United States on September 17 after Paramount Pictures postponed it due to the COVID-19 pandemic, but it was ultimately pulled from the festival and its release date was removed from Paramount’s schedule due to the spread of the SARS-CoV-2 Delta variant.

Emily Elizabeth, a middle schooler who is struggling to fit in at home and at school, receives a tiny red puppy from a mythical animal rescuer who is destined to become her best friend. When Clifford transforms into a massive red dog in Emily’s New York City apartment, attracting the attention of a genetics firm looking to create supersized animals, Emily and her oblivious Uncle Casey must battle the forces of greed as they flee the city and take a bite out of the Big Apple. Clifford has an impact on everyone around him, and he teaches Emily and her uncle the true meaning of acceptance and unconditional love along the way.

Universal Pictures and Illumination Entertainment announced in May 2012 that they will make a live-action/animated feature based on the book. The script was to be written by Matt Lopez, with Chris Meledandri and Deborah Forte producing, however, the project was canceled by Illumination in July 2013. According to reports from September 13, 2013, the picture was still in development at Universal Pictures, with David Bowers in discussions to helm it. The titular canine character will be animated, similar to the 2011 film Hop, while the other characters will be live-action.

The rights to make a live-action/animated hybrid film were bought by Paramount Pictures in 2016. On September 25, 2017, it was announced that Walt Becker had been recruited to helm the film, which will be produced by Forte under her Silvertongue Films company and based on a story re-written by Ellen Rapoport and based on the original written by Justin Malen.

On June 20, 2019, Paramount and Entertainment One announced a co-financing arrangement for the picture. Entertainment One Films would distribute the picture in Canada and the United Kingdom, except the latter’s TV broadcast rights, while Paramount would distribute in all other countries, including the United States, per the terms of the agreement.

A picture from the film was released on December 25, 2019, displaying Clifford’s computer-generated body in the live-action setting.

Darby Camp and Jack Whitehall signed on to act in the picture in May of this year. The cast was expanded in June 2019 with the addition of John Cleese, Sienna Guillory, Izaac Wang, Kenan Thompson, Rosie Perez, David Alan Grier, Keith Ewell, Bear Allen-Blaine, and Lynn Cohen.

The film’s music will be composed by John Debney, who was revealed on November 18, 2020.

Clifford the Big Red Dog was set to have its world premiere at the 2021 Toronto International Film Festival in September 2021, followed by a theatrical release on September 17 by Paramount Pictures, but due to the rise of the Delta variant of COVID-19, the festival premiere was canceled and the studio pulled the film from its release schedule.

It was supposed to be published on November 13, 2020, however owing to the COVID-19 pandemic, it was pushed back to November 5, 2021. Prior to that, Universal Pictures had set an April 8, 2016 release date for the then-unproduced picture, which was subsequently moved out to December 31, 2016.

On August 26, 2021, during the 2021 CinemaCon festival in Los Angeles, the film had a surprise unscheduled showing.

Is there going to be a Clifford the Big Red Dog movie?

Clifford the Big Red Dog is a Walt Becker-directed American adventure comedy film from 2021. It is based on Norman Bridwell’s children’s book series of the same name.

Where can I watch Clifford the Big Red Dog 2021?

What kind of dog was Clifford the Big Red Dog?

Have you ever wondered what kind of dog Clifford is? He’s currently supposed to have the qualities of a big Vizsla, although the original prototype—when he was the size of a pony rather than a house—was a pretty enormous bloodhound. 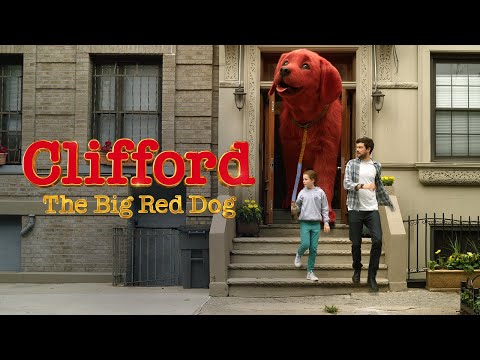